Stride (ストライド Sutoraido) is a fictional and futuristic sport (set in 2017) that combines parkour, free-running, relay and sprint. Each team consists of 5 runners and a relationer, who relays information to initiate relay sequences, by high-fiving the next leg within a transition zone, which is often a blind corner. The anchor that reaches the goal first wins for the team. The highest authority of the sport is the Japanese Stride Association, and teams compete in a series of races to qualify for the End of Summer Tournament. The first race of the school year, Spring Festival, is an exhibition race and is not counted. 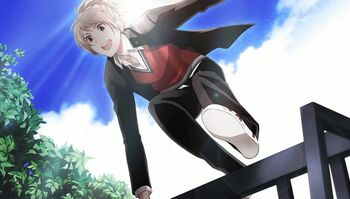 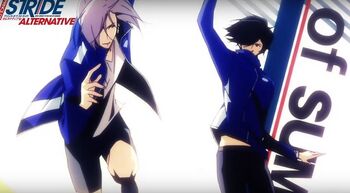 Add a photo to this gallery
Retrieved from "https://prince-of-stride-alternative.fandom.com/wiki/Stride?oldid=4614"
Community content is available under CC-BY-SA unless otherwise noted.